Someone that does not exist, asked me once, during a conversation that never really happened, if I were a puree, what puree would I be and why? Pea puree, I replied, because my name is P obviously, and also that I would have the joy of spending the rest of my days on a plate with a nice battered fish, some chips and if I was extra lucky, a nice tartar sauce or aioli.

So it was, with this mythical conversation in one hand and an almost empty bottle of wine in the other that I decided on Fridays tapas.
Fish & Chips Tapas
A single fillet of cod cut into some bite-size portions, some homemade mayo already hanging out in the fridge and a pack of frozen peas eased the strain on this weeks €15 budget. 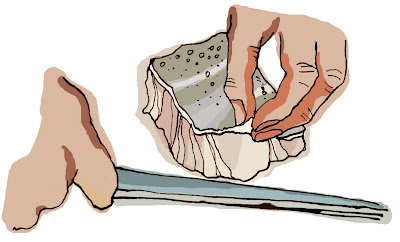 I mashed up a small clove of garlic and added that and a some chopped fresh parsley to the mayo to make a nice silky aioli. Peas, roughly blitzed to a lazy man's puree with some thyme and milk made for a nice pea puree that was even easier than the already easy pea puree, which we here at Salty Squid have christened P's easy-peasy-pea-puree. Say that with a mouth full of calamari! 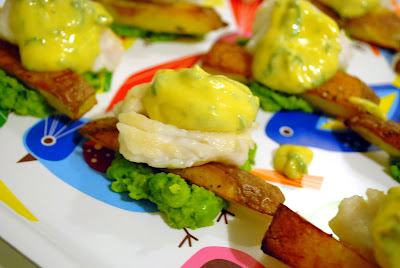 For the chips, I took one large rooster potato, cut it into, eh... chips and seasoned, lemoned and flung it into an insanely hot oven until I almost forgot about and burned them (about 15 mins).
To plate, I used one of Patrycja's pointlessly colourful trays. Pea puree, topped with a single chip off centre and a nice cod piece cuddling up beside the solitary chip before being smothered with a thick blanket of aioli.
Guacamole with Carrot and Celery Sticks A lovely ripe avocado, chopped and mixed with some natural yogurt, chopped garlic, lemon juice to stop from going brown, hot paprika and some parsley, all thrown together in a bowl, like some hooligans arrested after a football match, locked in a cell together and beaten (or mashed) with a fork. Simply cut your chosen veg into sticks and devour this creamy bowl of goodness.

Stuffed Finocchiona with Celeriac Puree Canapés
I used six thin slices of Finocchiona - which is a delicious fennel salami from Tuscany. I cooked some left over celeriac w/ half a shallot and some seasoning before adding some left over (from last weeks tapas!) soft cheese. Pureed and smeared generously onto the salami, before rolling and stabbing it mercilessly with a toothpick. Arrange on some lovely fresh sliced baguette. Dive in face first - just remove the toothpick before hand! 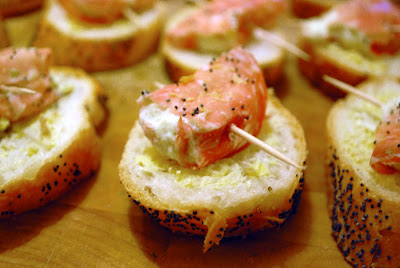 Anchovy Canapés with Carrot-Celeriac Salsa
Early in the week, I was treated to a beautiful baked dish of red snapper baked in a gorgeous carrot and celeriac sweet/savoury salsa. It is so nice and thankfully, P always makes stockpiles of anything so there was (and even today still is!) heaps of this excellent salsa in the fridge. 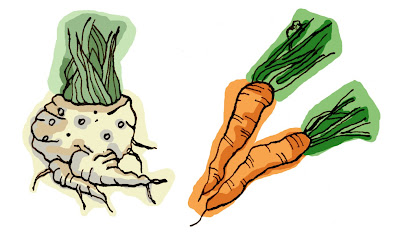 Because of this, I was able to buy a pinch of anchovies and arrange them on sliced baguette with lashings of this salivating salsa. There is a really nice sweet, salty balance to it. I don't know the recipe but if more than 16million people request it, I am sure P would love to post it up. 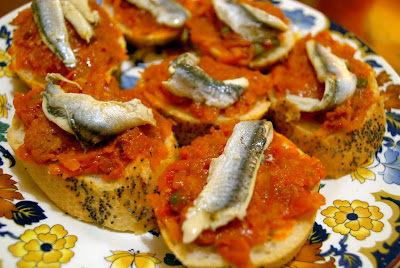 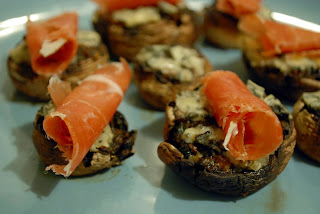 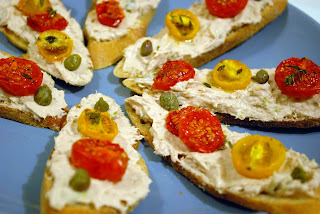 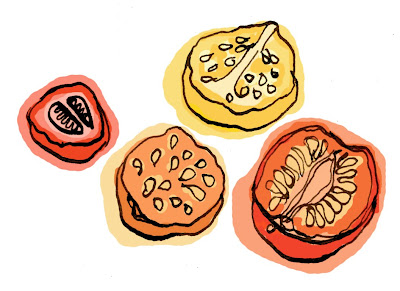 Leek-celeriac-Salad Canapés
Thinly sliced leek and grated celeriac, precooked, drained and combined with a hard boiled, chopped egg and some home made mayonnaise (organic eggs or really excellent free range eggs are here essential). Seasoned a gusto and finally added some chopped Lomo ham (it's a typical Spanish ham, otherwise use whatever available). We discovered this tapas in Bilbao, where it was represented in some way or another in almost every pintxo bar. Funnily enough, we can't find it anywhere else, even while researching the most popular tapas, so it seems to be a Bilbao-speciality maybe? 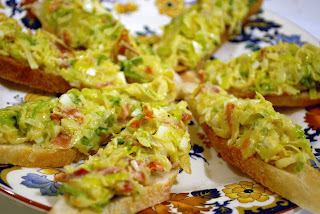 Chorizo-Tapas with Tallegio and Caramelised Red Onion Chilli Relish
This tapas is optional, resulting from the fact that we simply had leftovers from the week, like the Spanish Chorizo sausage and some Tallegio cheese (it's an Italian hard cheese, preferably also use the Spanish Manchego or some Swiss mountain cheese)

The red onion is caramelised in a pan with some brown sugar, water and a pinch of salt (low heat!). Later add some fresh thyme, dried hot chilli flakes (or finely chopped fresh hot chilli) and simmer together until it becomes a 'relish-consistency'.

Two food obsessed individuals finally managed to set up a blog! The idea was born during our holidays 2 years ago in North of Spain, particularly in Bilbao and San Sebastian. We arrived, we saw and we ate! We were hooked with the variety and style of pintxos, small-sized plates of food, served as an aperitif or accompanying your (multiple) glasses of wine through the evening. Pintxos, originating in Basque bars and tavernas, have a huge socializing aspect as you're basically rubbing shoulder with your neighbours, who hopefully have had a shower.

The concept behind this blog is to prepare three or four different tapas every Friday, on a strict budget of 15 Euro. Leftovers in the fridge can be used and won't count towards the budget, so your own creativity defines the plate!Personally, we always do our very best to use local, seasonal and organic fruits, veg, meats and cheeses, and to support smaller, local shops and producers. As each portion is small, even if we need a more expensive ingredients (white truffles for example) we don't need so much of each! But of course, when it comes to basics, the walk to the store will be inevitable.

Accompanying drinks are extra, we usually get 2-3 bottles of nice and affordable wine from a local wine shop for the weekend. Asking for recommendations (to suit your own individual budget) is a good idea as decent wine shops will be able to point you in the right direction.