A weekend of eating outside 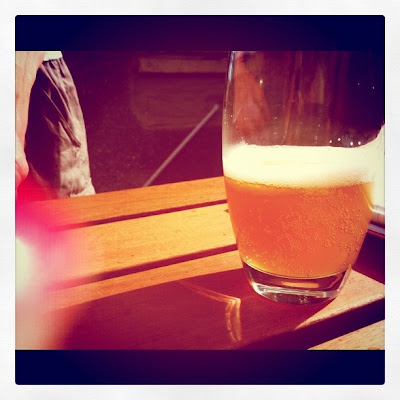 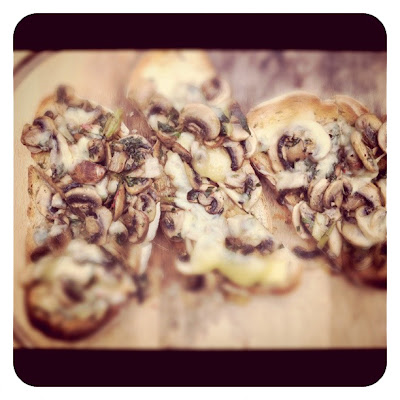 On a rare sunny Sunday in summer, try saying that with a mouthful of raw onions, Team SaltySquid decided to hang, hungoverly outside. Breakfast - also know as food of the un-hungover, was missed like the last bus home when you were sixteen and your parents thought you were watching a movie in a friends, but the truth was you were really watching a movie alone because you had no friends. That or smoking crack. Well, snap out of that haze now and take that crack pipe out of your mouth. This tasty fungus will clear the cobwebs.
The most important thing about mushrooms on toast is Harissa. A very spicy, salty, garlic, amazingly paste that originated in Moroorroccco (along with the crack too probably!). The shit is amazing. You can add it anything - except porridge - I tried it once and let me you tell you it was disgusting. Soups, stews, toasts, pestos, sauces - anything at all. It will give anything you make a good grab by the goolies.

Anyway, I digress. Toast bread. Instead of butter spread Harissa all over the toast. Add the nicely cooked mushrooms, well seasoned of course, top with some random cheese lying in the back of the fridge and pop under the grill to melt. Put that in your pipe and smoke it!! 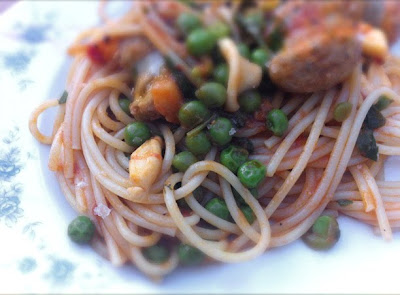 If the mushrooms on toast have failed you like a child riding his bike for the first time, then this is for you. Cook your spaghetti, but do it properly. Water - lots of it and boiling. Salty as the sea.

While the pasta does its thing, score your squid tubes with a sharp knife and slice. Cut your sausages in to chunks and have some garlic cooking away in a pan with some oil. Add the sausages and get a good colour on them. Followed by the squid then some frozen peas and a small bit of chicken stock. About a cup. Add the pasta once almost cooked, toss and add lots of fresh parsley and black pepper. 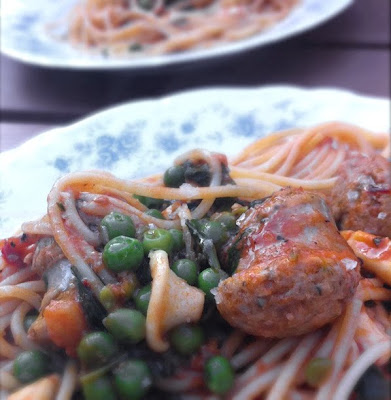 Stir-fry with loads of greens and minced beef 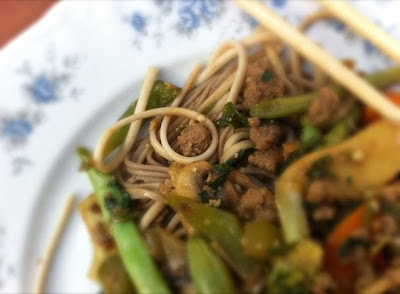 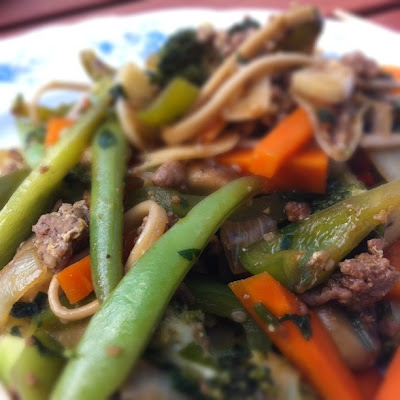 The trick is to have all your veg ready before you start cooking. Over a high heat cook your onions, ginger, lemongrass. Add an egg and scramble it, followed by the minced beef and garlic and season well. When the meat starts to colour add the veg - carrots, broccoli, green beans - whatever you have and toss well. Add toasted sesame seeds, light soy sauce, dark soy sauce, fish sauce, sugar, fresh chilli and coriander. Toss well and add noodles that you cooked off already and cooled under cold water. 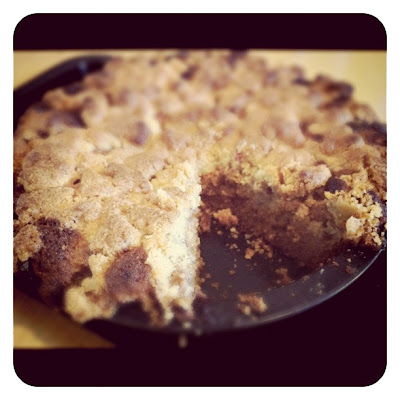 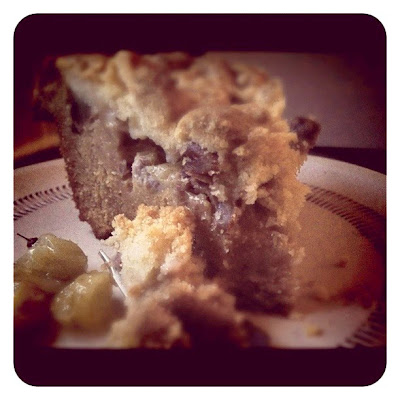 Cream the butter and flour until pale and fluffy. Slowly add the eggs. Fold in the almonds and sift in the flour. Use your hand to incorporate if you want but be gentle. Add the vanilla extract and pour mixture in to a cake tin. Add the crumble a bake at 175c for 60-75mins